Among its various experiments and tests.

Which is part of its accelerated development process after years of relative stagnation. Twitter is working on a new option which would enable users to share their tweets with selected audiences, as opposed to all of their followers with every tweet. The idea is that this would help users get more out of their Twitter audience control experience. Avoid them having to create separate accounts for different audiences and interests.

Twitter first revealed that it was working on the functionality at its Analyst Day briefing back in February, where it previewed a groups-like option called ‘Communities‘. This would enable Twitter users to share their tweets within selected sub-groups of users, as opposed to sharing with everybody.

Now, Twitter has shared some new previews of exactly how the option could work.

One of the new processes Twitter is testing would be a variable audience control toggle within the tweet composer, which would also include a note on relevant tweets, signifying who can see them.

As you can see here, tweets shared with a specific audience, like ‘Trusted Friends’. This would have a special marker. While users would also be able to have their timeline display tweets from their chosen lists first.

This specific option is very similar to Instagram’s ‘Close Friends‘ option for Stories (even down to the color selection). This enables users to maintain more enclosed conversations with selected users through Twitter’s audience control. Otherwise sharing everything with all of their followers.

Which could be a big bonus. There’s been no shortage of controversies caused by re-surfaced tweets from times past. Many of these discussions, you would think, are now being conducted in private DMs, so the practical value, for this specific application, may not be significant.

Another option could be something Twitter’s calling ‘Facets‘, which would enable users to create different personas under a single profile…more audience control.

That would mean that users would be able to post in different topic areas, without having to share all of their thoughts on all of their interests on one, while as you can see in the second screenshot, followers would also have the option to follow different elements of your profile, based on their interests (or they could follow all of your tweets as normal).

So if you want to tweet about, say, ‘digital marketing’ and ‘NFL’, you could create two separate elements of your profile to share tweets about each topic with. Rather than boring your NFL fan connections with your work tweets, or creating a separate fan account in addition to your main profile. You could maintain all of your discussions and engagement in one, and keep them isolated from each other.

Which would make it easier – but would it help Twitter to boost or improve engagement through your audience control?

I mean, surely Twitter gleans some usage reporting benefit from users having multiple active accounts. If everyone with a secondary profile (note: this is a lot of people) only needed one, wouldn’t that reduce Twitter’s overall user count?

And given that Twitter’s looking to increase its active user number by 123 million more users within the next three years, that seems like it may not be the best way forward, at least from this perspective.

In a practical sense, for users, there is some logic to enabling people to conduct more. Different types of discussion in the app, and leaning into common usage behaviors. I’m not entirely convinced that this will be hugely beneficial. Instead, it could just end up fragmenting the Twitter audience control experience, and making it more complex, something that Twitter has been working hard to avoid for years.

But if Twitter does push ahead with it, it could change the way you use your Twitter profile. How you build specific, targeted audiences in the app. A brand, for example, could create a separate ‘Help’ feed, a ‘Customer Service’ handle within their main profile. Another stream for ‘Sales and Specials’ to limit ad intrusion in regular user feeds.

There’s a range of options to consider, and while it would take some time and testing to see how this actually works, and how users align with it. It could spark a significant shift in user behavior.

Or, it might prove too problematic. We’ll have to wait and see where Twitter goes with it.

Twitter has specifically noted that it’s not building these mock-ups as yet. 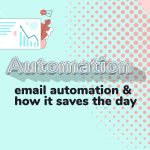 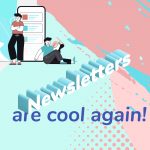 Business SolutionsCommunicationsDevelopmentMartechSEMSEO
May 27, 2021by ahVanguard

Business SolutionsCommunicationsDevelopmentMartechSEMSEO
May 24, 2021by ahVanguard